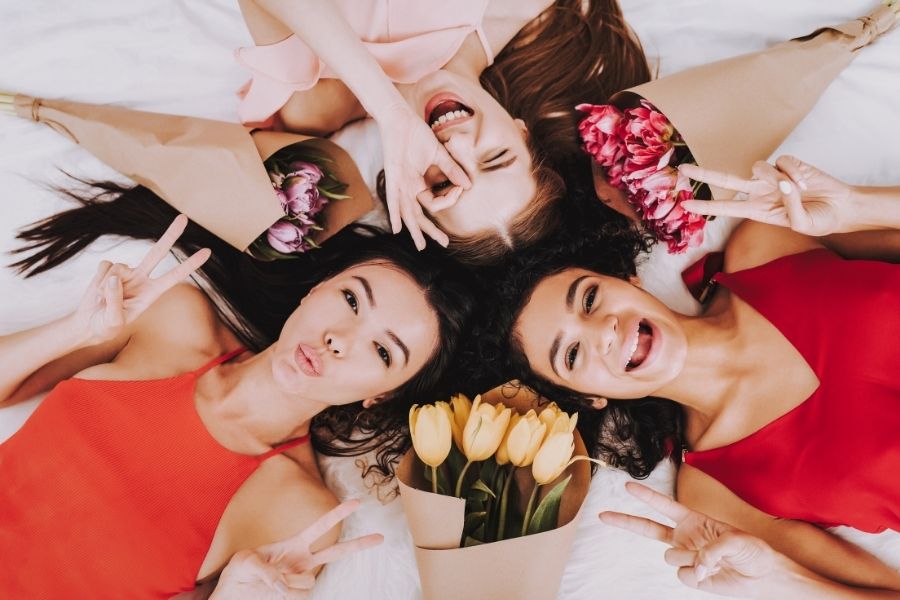 Although many ladies associate March 8 mainly with carnations and tights, there are much better ways to celebrate this special day. After all, Women’s Day is a special occasion that allows women to show their essential role in society. Therefore, we would also like to join in celebrating this holiday. On this occasion, we have prepared lots of attractions for you at the Przystanek Góry!

Women’s Day in the past and today

Did you know that Women’s Day can be regarded as the prototype of Matronalia celebrated in ancient Rome on March 1? On that day, women dressed in festive robes went to the grove located by the temple of Juno on the Esquiline. They offered flowers and incense to the goddess of birth, motherhood and women. They prayed for happiness in married life and the miracle of birth. During Matronalia, men also presented their wives with gifts.

In modern times, Women’s Day was first celebrated on February 20, 1909, in the United States. Interestingly, it was not until a year later that German socialist Klara Zetkin contributed to International Women’s Day’s actual initiation and approval. Women’s Day was established by a resolution of the International Congress of Socialist Women held in Copenhagen on August 26-28, 1910. More than 100 women from 17 countries participated in the conference. According to the resolutions, this day was to be celebrated internationally and served the development of respect for women’s rights and to build public support for women’s universal suffrage.

This idea was received quite positively. In Austria, Denmark, Germany, and Switzerland, Women’s Day was celebrated for the first time on March 19, 1911. Demonstrations and gatherings took place then and continued throughout the following years in different parts of the world. In Poland, the celebration of Women’s Day was not appreciated until after World War II. It became trendy during the communist era. In 1993 the official celebration of this day was abolished by Hanna Suchocka.

Today Women’s Day can be celebrated in many ways. It can be a small gift, a romantic dinner, going to the cinema or relieving from household duties. An exciting gift on this occasion is also a trip with friends combined with attractions. At the Przystanek Góry, we have chosen just such an option!

Today, we invite you to join the “Kobiety Górą” event, which we are organizing on 11-13 March 2022. During the meeting, we will make sure that after receiving a decent dose of positive energy and power to act, each of the women will have the strength to look “up” to what is going on around them and think about what else should be done to feel better every day than before.

We hope that Women’s Day celebrated in such a way will long be remembered by all the ladies and bring many positive emotions. We will also organize other women’s meetings- in the end, Women’s Day can last all year round!

Due to the limited number of seats and high interest, please make reservations by phone: +48 508-985-407 or by e-mail: kontakt@przystanekgory.pl